The interviews with the jury and the dinner of national directors

One by one the competitors presented themselves to the jurors to describe their projects. Filming of the commercial against violence against women. At dinner the awards for the national directors.

MARUGGIO – Perfectly made-up by the artists of Gil Cagné and combed by the Infinity Hairdressers team, all the contestants presented themselves, in their traditional costumes, at the jury table. 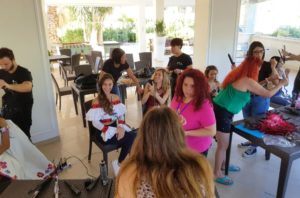 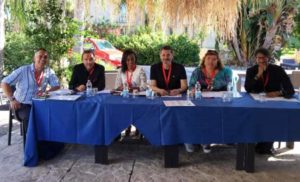 Antonio Zanata and Carlo Barbalucca, during the day, continued with the production of the reportages and with the creation of the “No means no” commercial against violence against women. 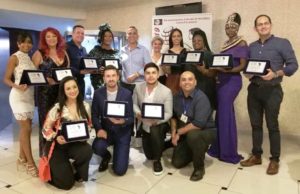 the National Directors with Giusy Nobile and Giuseppe Borrillo

The works were completed just before the dinner dedicated to the many national directors, to whom Giusy Nobile delivered the traditional souvenir plaque.