Miss Progress International: a video against abuse of women

On the international day for the elimination of violence against women, the cultural association of Taranto introduces a video that urges respect.

TARANTO – A seventy-seconds video that calls for awareness and respect by those men who abuse of women.
The initiative is signed by the organizers of Miss Progress International, who chose March 8 to present the project carried out with the contestants who participated in the seventh edition of the event, which took place in Puglia (Italy).

Giusy Nobile, president of the In Progress cultural association, and Giuseppe Borrillo, director of the competition, produced a video welcomed with enthusiasm also by Anna Elena Viggiano, Amnesty International Matera’s spokeswoman.
Statistics are clear: everywhere, in the world, abuse and violence against women are a common evil in all latitudes. One in three women in their life experiences at least one violence, physical or sexual, often perpetrated by their partner. 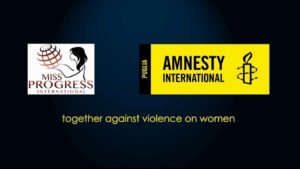 In the video, each of the Ambassadors of Progress, wearing a costume typical of the cultural traditions of their country of origin, pronounces, in her own language, a short, clear and direct phrase: “no means no”.
The director, Carlo Barbalucca, allowed them to choose whether to show to the camera anger, fear, indignation or resignation. The end result is an intense message, addressed to those who get stained with such a vile and serious crime.The cinematography is by Antonio Zanata, who also took the photos used instead of some video sequences, shot by the operator Davide Preite with equipment provided by Massimo Cerbera of Illusia Film Studio. 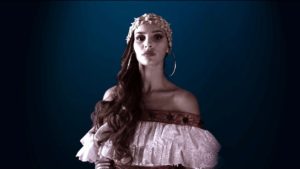 This is the link to the video https://youtu.be/TNYYBBurmKY which can be requested in HD version by sending an email to nd@missprogressinternational.com.