Magics from Puglia: Avetrana between ancient olive trees, monuments and a jump in the past.

Biking among the expanses of olive trees with the tribute to the “Baron”, the inauguration of the first day dedicated to the extra virgin olive oil organized by the Pro-loco of Avetrana. Grand final with the parade in historic costumes.

AVETRANA – The day dedicated to Avetrana, the easternmost town in the province of Taranto, was memorable. 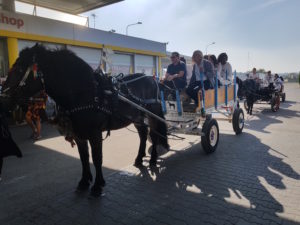 The local tourism promotion board “Pro-loco” organized a day dedicated to extra-virgin olive oil that began with a ride onboard old chariots and continued with the tasting of local products in the stands set up inside the 14th Century “Torrione” which was also the theater of the emotional ceremony with which the children of the “Giovanni XXIII” school welcomed the Ambassadors of the Progress by handing them an olive twig, as a universal symbol of peace, on the notes of “We are the world” and the Italian national anthem. 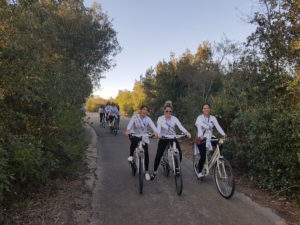 riding the bikes in the Avetrana’s countryside

A healthy bycicle ride through the countryside and a photo of the “Baron”, a millennial olive tree in the Fellicchie estate, before overlooking the sea at ​​Torre Columena, served to burn a bit of the calories earned during the lunch at Marina Piccola. 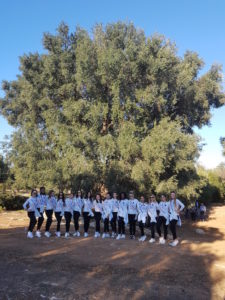 the “Barón”, an ultra-millenary olive tree 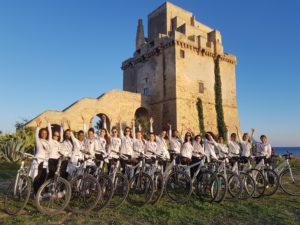 At night thousands of people followed the historic parade in which the contestants participated wearing the medieval clothes provided by the “Terra Nostra” of Fragagnano and “Emmaus” of Maruggio associations, preceded by hundreds of figurants and the flag wavers of Oria, and escorted by archers, drummers and trumpets. 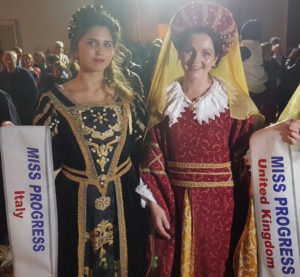