A stroll through Italy’s easternmost city with its splendid castle and the narrow streets of the old town, before the red and green of the bauxite quarries.

OTRANTO – The unmistakable silhouette of Otranto’s Aragonese castle welcomed the Miss Progress International group, which then ventured into the city’s alleyways amidst countless characteristic views and souvenir shops that inevitably slowed down the stroll through the city 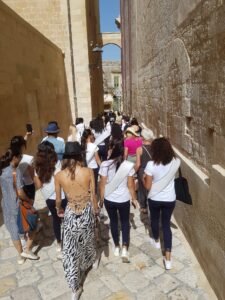 Among the alleys of Otranto

Once again it was an endless succession of ‘selfies’ with which everyone wanted to take home a souvenir of this beautiful town. 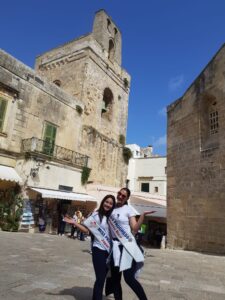 The same scenes were repeated when, having left Otranto, everyone’s eyes were captured by the choreographic contrast between the blue waters of the small lake and the red walls of the nearby bauxite quarry. 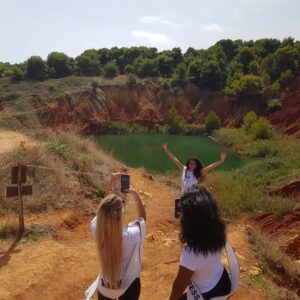 in the bauxite quarries

Back at the hotel, however, all the Ambassadors of Progress had to reckon with another rehearsal session. The world final is approaching!