DELIVERED TO THE TANZANIAN ALBINO THE AID FROM MISS PROGRESS 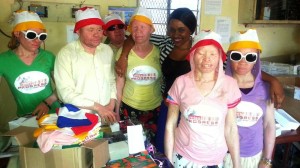 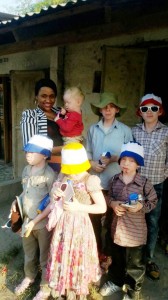