The celebration of flags in Oria

Welcomed by Oria’s flag-wavers, the Ambassadors of Progress celebrated the cultural integration and met students and the mayor of the city.

ORIA – The first festival of flags, dedicated to cultural integration was hosted by the beautiful Oria. The competitors proudly waved the flag of their countries and were welcomed by the traditional flag-wavers and drummers, as well as by a festive crowd of young students. 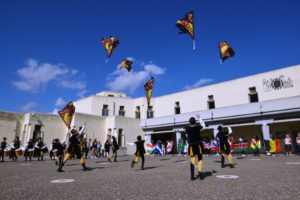 The mayor, Maria Lucia Carone, wanted to greet the presence of the group that then visited the city, lingering in the splendid castle, recently renovated. 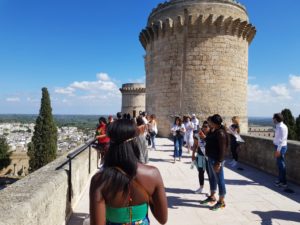 The municipal administration has offered a rich buffet of local products in the Montalbano Park and the same mayor honored each of the Ambassadors of Progress with a red rose, symbol of the love with which Oria welcomed them. 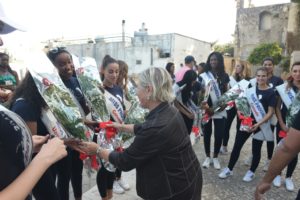 In the evening the master cheesemaker of the Masseria Olivaro of Maruggio showed how to make real mozzarella, which has enriched the rich buffet of Apulian farm-to-table products. 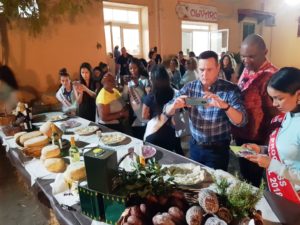 Tomorrow the whole day will be dedicated to the rehearsals for the final show.