For the sixth consecutive edition the cultural association In Progress will welcome the delegations from the five continents in the “heel of Italy”, from the 21st to the 30th of September. Environment, Health, Human Rights and Cultural Integration at the center of attention of the entire planet.

TARANTO – Ten days in the name of integration between cultures: once again the Apulian region will be the protagonist, together with the Ambassadors of Progress, in the only event in the world dedicated to Environment, Health and Human Rights.
The sixth edition of Miss Progress International – Women for Progress, will start next September 21st at Brindisi airport where delegations from all over the world will land with the aim to give their contribution to let our planet be a better place.
Each contestant, in fact, will bring with her a project dedicated to the topics on which the event is based. The jury will evaluate contents and feasibility of each of them, and determine the best one which author deserves to win the competition.
The associazione culturale In Progress of Carosino of Italy who devised this original format, has set up a program of activities which will allow contestants and their companions to discover the wonders if Puglia through a real multi-sensory experience. 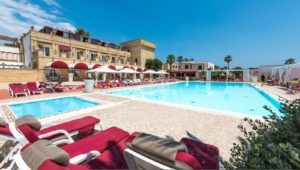 To accommodate the multiethnic group, the organizers chose two resorts that represent the great Apulian hospitality: the Messapia Hotel and Resort of Santa Maria di Leuca, where they will stay from September 21st to 23rd, and the Grand Hotel dei Cavalieri of Campomarino di Maruggio until the end of the event. 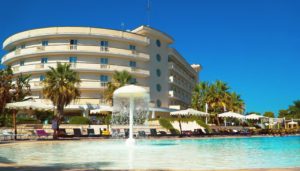 “Both hotels – says Giusy Nobile, president of the association – have already been official partners of the event and the quality of service provided is incomparable, so there was no reason to look elsewhere who had to take care of pampering our guests.“.

The big show of Friday, September 28th, during which it will be announced the one that will succeed the Filipino Jedaver Pancho Opingo, will take place in the magnificent Muscettola castle of Leporano.The current titleholder will return to Puglia to tell how she was able to realize the project that brought her to victory in 2017. 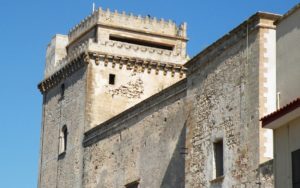 a view of the Muscettola Castle

As always, the pageant will be presented in Italian and English and broadcasted live worldwide on the facebook page and on the event’s website www.missprogressinternational.com, just published in its new design.