The municipal theater of Carosino hosted the fifth final of the event dedicated to Environment, Health, Human Rights and Cultural Integration.

CAROSINO – Lights off and smiling faces. This does not always happen at the end of a healthy competition. All the Ambassadors of Progress from the five continents, fully understood their role and unanimously agreed with the jury’s opinion that awarded Mary Grace Jedaver Pancho Opingo, Philipino of North Cotabato, with the title of the best project on human rights and as absolute overall winner of Miss Progress International 2017. 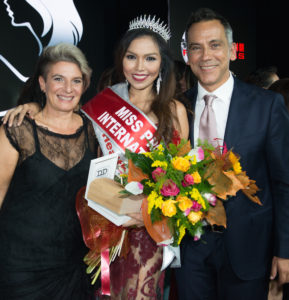 Jedaver won thanks to her project titled “Love IPs” (love indigenous people) and dedicated to the Rif Mountain tribes who, unfortunately, live isolated and are discriminated because of their ethnicity. With the award received by the cultural association In Progress, the organizer of the event, she will continue the tour already started in those areas bringing moral support, contributing to literacy and also providing them with necessary goods.

“I am grateful to the organizers who had invited me in 2015 and 2016 when I could not attend because the Italian embassy in Manila did not give me the visa. In the meantime, I have given birth to my ‘Caravan for Progress’ tour that I can continue to fund with the prize and also thanks to the great popularity I seem to have acquired with the conquest of this prestigious title.”.

In support of these statements, Giusy Nobile and Giuseppe Borrillo, founders of the nonprofit association based in Carosino, cite the thousands of direct web visualizations received from the Philippines, as well as numerous articles published on the event in a few hours.

“I spent ten wonderful days – says Jedaver – Puglia has turned out to be a real treasure chest, which deserves even greater visibility. National Geographic is right to define it as the most beautiful region in the world!”.

The same enthusiasm about the hospitality received is also common among the other contestants, even those who didn’t win any of the other titles: 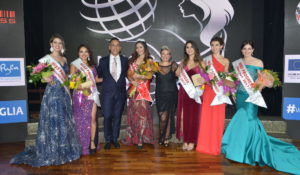 The show, which began at 21 o’clock, was brilliantly led by Marco Vernile, the well-known Italian actor of “Honor and respect”, and Rebecca Ajala, the model who dealt with simultaneous translation for the viewers who followed the live feed from all over the world and has hosted the performance of Spaghetti Brothers and the Filodrammatica Maruggese Company.