The morning was spent in the theater for the first choreographies. At dinner, the organizers gave the traditional gift to each of the national directors.

MARUGGIO – The first practice sessions took place under the spotlights of the municipal theater of Carosino. The contestants, wisely (and patiently) guided by the choreographer Amadia Sansonetti and stage director Tonio Santoro, have started to become confident with the positions, the scene’s accesses and the distance to be covered during the upcoming imminent final show. 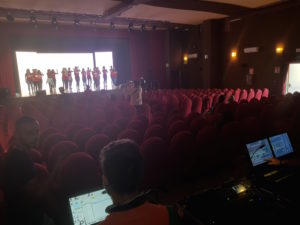 The rehearsals ended on the early afternoon, so that when they returned to the Grand Hotel dei Cavalieri, the “headquarters” of Miss Progress International 2017, Antonio Zanata and Massimo Cerbera could continue with their photographic and video works. 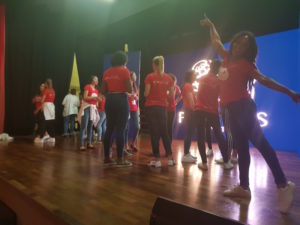 At dinner, as a consolidated tradition, Giusy Nobile and Giuseppe Borrillo have given each of the national directors a reminder of their participation in this fifth edition of the event, receiving the homage they have brought for them.